“No one is born a good citizen; no nation is born a democracy. Rather, both are processes that continue to evolve over a lifetime.” – Kofi Annan

The anthem of Desh Apnayen starts with “Aao hum sab Desh Apnayen, chalta hai ko duur bhagayen.” Similarly, our pledge starts with “India belongs to all its citizens.” The mission of the Foundation is empowering the citizenry to transform a culture of apathy to one of ownership.

A responsible citizen is not just someone who casts a vote in the elections. She/he should take ownership of not only neighbourhood problems but also societal issues at large. The government has at its disposal limited resources to supervise all activities from local to the national level. Citizens have the right to approach the local governments but they should not stop here. Citizens can still contribute whatever little they can towards society through selfless service and volunteering. An active citizenry can prove to be  supporting hands for achieving the goals of sustainable development.

A citizen is a participatory member of a political community. Citizenship is gained by meeting the legal requirements of a national, state, or local government. A nation grants certain rights and privileges to its citizens. In return, the citizens are expected to obey their country's laws and defend it against its enemies.

Usually, in a federal state the citizens enjoy double citizenship as is the case with USA. In India, only single citizenship is available. It means that every Indian is a citizen of India, irrespective of the place of his/her residence or place of birth. He/she is not a citizen of the Constituent State like Maharashtra, Goa, West Bengal or Tamil Nadu to which he/she may belong  but instead remains a citizen of India. All the citizens of India can secure employment anywhere in the country and enjoy all the rights equally in all the parts of India.

Volunteering is a voluntary act of an individual or a group freely giving time and labour for community service. Many volunteers are specifically trained in the areas of work such as medicine, education, or emergency rescue.

Volunteering allows the individual to connect to his/her community and make it a better place. Volunteering is a two-way street: It can benefit the individual and his/her family as much as the cause they choose to help with. Dedicating one’s time as a volunteer helps make new friends, expand one’s network, and boost one’s social skills.

Summary of the report titled “REPORT ON CITIZENSHIP LAW: INDIA”

Nationality and citizenship are often used interchangeably in general discourse in India. There is a certain ambiguity about these terms, especially in more recent times, when ‘nationality’ and ‘nationalism’ have once again become sites of strife. Since citizenship debates are considerably impacted by questions of identity, it may be necessary to have a fair idea to make some sense of the various identities that Indians inhabit, especially with relation to the marker of religion, which in recent times has decisively shaped the evolving contours of the citizenship law in India.

The different modalities of acquiring citizenship under the Act are- birth, descent, registration, naturalisation and incorporation of territory. In its original form, the Constitution of India provided that “every person born in India on or after 26 January 1950 shall be a citizen of India by birth.” There are two notable exceptions to this provision. Firstly, if a person’s father enjoys diplomatic immunity and is not a citizen of India; secondly, if a person was born in a territory occupied by enemies and his/her father was an enemy alien.

Website for Reference: REPORT ON CITIZENSHIP LAW:INDIA by Ashna and Arun

The National Population Register (NPR) is a Register of the usual residents of the country. It is being prepared at the local (village/sub-town), sub-district, district, state and national levels under provisions of the Citizenship Act 1955. It is mandatory for every usual resident of India to register in the NPR. A usual resident is defined for the purposes of NPR as a person who has resided in a local area for the past 6 months or more or a person who intends to reside in that area for the next 6 months or more.

Arunachal Pradesh, Nagaland and Mizoram are protected by the Inner Line. Lately, Manipur has been added to the same. A concept owing its origin to colonial rule, the Inner Line separated the tribal-populated hill areas in the Northeast from the plains. In order to enter or to stay in these areas for any amount of time, Indian citizens from other areas need an Inner Line Permit (ILP).

“The policy of exclusion first came about as a response to the reckless expansion of British entrepreneurs into new lands which threatened British political relations with the hill tribes,” wrote the political scientist Sanjib Baruah in his book ‘India Against Itself: Assam and the Politics of Nationality’. The BEFR prohibits an outsider’s — “British subject or foreign citizen” — entry into the area beyond the Inner Line without a pass and his/her purchase of land there. On the other hand, the Inner Line also protects the commercial interests of the British from the tribal communities. After Independence, the Indian government replaced the term “British subjects” with “Citizen of India”. In 2013, the Home Ministry told the Rajya Sabha- “The main aim of the ILP system is to prevent settlement of other Indian nationals in the States where ILP regime is prevalent, in order to protect the indigenous/tribal population.”

In defence of staying quiet: why citizen policing does more harm than good

Volunteering and its Surprising Benefits

The Benefits of Volunteering

Video-1: Who is a Citizen? How India Defined Citizenship Over the Years [5 minutes]

Video 3:  What does volunteerism mean to YOU? [2 minutes]

Introduction “No one is born a good citizen; no nation is born a democracy. Rather, both are processes that continue to evolve over a lifetime.”… 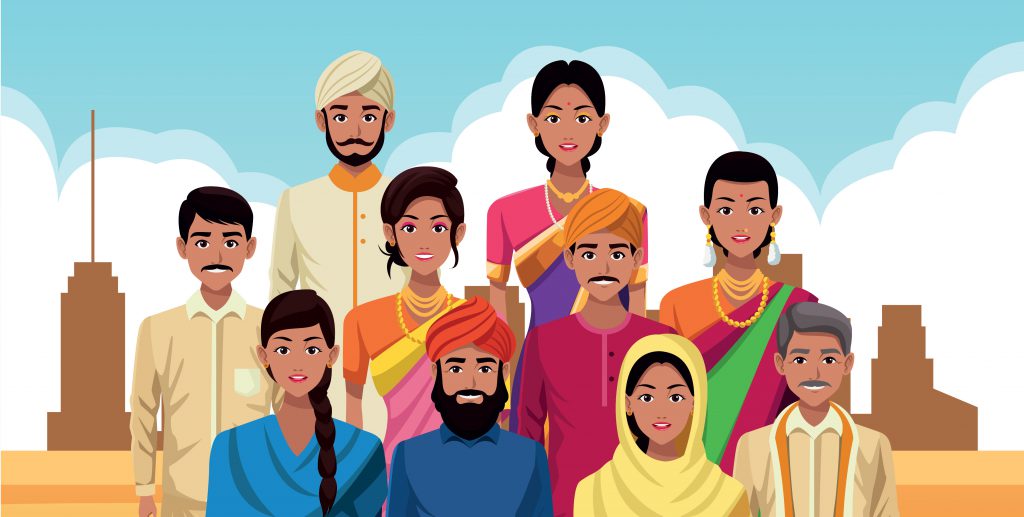